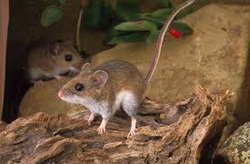 The Channel Island Fox has an interesting diet. It eats so many things. It's known to eat native deer mice, summer holly, rose, sumac, nightshade, ground nesting birds, fish, grasshoppers, and crickets. A Channel Island Fox is known not to hunt for fish. The way it gets it's fish is by going in bald eagle nests and looking for any left behind. 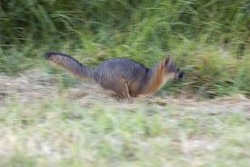 The Channel Island Fox has many cool things it can do. Those things are called (Adaptations.) One adaptation that it has is long legs to help it run fast to sneak up on prey or to escape predators. These foxes are small but the legs are the longest part of it's body. This is a physical adaptation. Another adaptation is that Channel Island Foxes are calm and gentle but when trying to sneak up on prey it acts fierce. This is a behavioral adaptation. One more adaptation is that Channel Island Foxes can turn their paws inword which helps them be very good climbers. They do it to get fruit,find birds to eat, and
escape predators.
Powered by